​Improve the administration of justice with Judicial Retention Elections. 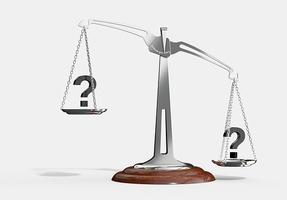 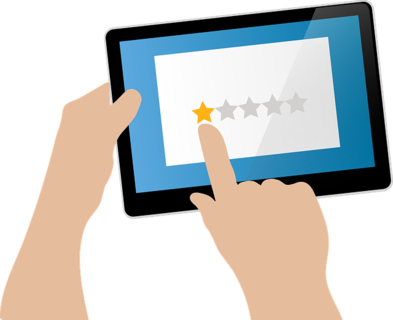 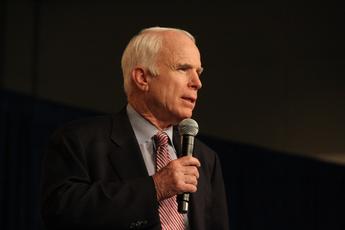 Judge Gorcyca made circular finger motions to her right temple, the crazy sign, to a child in her courtroom on June 24, 2015, as she was improperly detaining the child in contempt of a court order that did not exist.

The story of Judge Lisa Gorcyca's bad day in court and misrepresentations she made to the Michigan Judicial Tenure Commission (MJTC) concerning her bad behavior in her court has slowly played out. In a disciplinary hearing May 31, 2016 the Master, Hon. Daniel P. Ryan, found Judge Gorcyca guilty as charged.

I watched the hearing of May 31, 2016, live and on You Tube. At the hearing none of the four attorneys appointed to represent or look out for the best interest of the three children abused and jailed by Judge Gorcyca objected to the actions of Judge Gorcyca. I find it very disturbing that the most abused child LT was jailed for contempt of a court order when no order existed. Judge Gorcyca was guilty on that charge. LT's appointed attorney should have objected on the spot to Judge Gorcyca's improper detention of LT. He did not because he was poorly prepared, and did not know the order did not exist. He should have attempted to read the court order that did not exist. However, he testified at a hearing on May 31, 2016, that he did not look at any paper work concerning his client prior to meeting and representing LT before Judge Gorcyca on June 24, 2015. Perhaps, had he objected that would have stopped Judge Gorcyca from further inappropriate behavior. That attorney then did nothing to get his client out of detention. In my opinion he displayed a lack of competence, diligence, and loyalty towards his client LT.  LT should get some justice concerning what happened to him by suing the attorney for legal malpractice.  I believe that he would win.

On July 28, 2017, the Michigan Supreme Court ruled that Judge Gorcyca should be publicly censured, which is a legal slap on the wrist.

It is interesting that 50 Oakland County family law attorneys signed a statement in January, 2016, that stated Judge Gorcyca is the victim of a rush to judgment, and did not disapprove of her unacceptable courtroom behavior or explanation. The lawyers expressed no concern about the well being of the three children she abused in her court. They blamed Judge Gorcyca's inappropriate actions on contentious issues and bad behavior of family law clients. What? That stew which is stirred and stirred makes for a very profitable family law business. It was reported that after Hon. Daniel P. Ryan issued his report and guilty findings that on July 6, 2016, at least 130 Oakland County attorneys filed into Judge Gorcyca's court room as a show of support for her. Again, what about the children she abused? This is an example of why attorneys should not police the legal system.

Could judicial retention elections have prevented Judge Gorcyca from wallowing in the mess of her own making? Some states have judicial retention elections, but not Michigan. In this type of an election the judge runs against himself. The voter is asked on the ballot, “Should this judge be retained? Vote yes or no.” In Illinois the judge is not retained without a 60% yes vote.

Under the current system in Michigan judges on the Oakland County Circuit Court, Judge Gorcyca's court, do not have to worry about being re-elected. No judge on that court has ever lost when running for re-election. Only once in the history of that court has a sitting judge ever had any opposition. The current system means that a judge on that court and many other Michigan courts does not have to worry about being held accountable to the voters. Does this give judges the notion that they can behave as they please?

Some states have judicial retention elections and judicial performance commissions, where by law information is gathered and opinions are given in an unbiased manner about judges. Some judges in these states have stated that they are better judges because they know that the voter is looking over their shoulder, and they can be held accountable by the voter every time they are up for re-election. Perhaps, Judge Gorcyca would have not disgraced herself in court if she always had the thoughts of being held accountable by the voter. Three children were abused by Judge Gorcyca's inappropriate judicial behavior on that fateful day and ended up in juvenile detention. The fact should not be overlooked that the event was 5½ years in the making after the parents divorce. Why? The process of divorce and its aftermath failed these children. Who is to blame? How can it be prevented?

At this time we the citizens have no say in the matter. That is why Michigan should have judicial retention elections, and other changes to its legal system.

There is a saying that an ounce of prevention is worth a pound of cure. What can be done with the Michigan Legal System to prevent the above from happening?

Note: A Michigan constitutional amendment is needed for Michigan to have judicial retention elections.

Proposed wording of a Michigan constitutional amendment for judicial retention elections:
Not less than six months before the general election preceding the expiration of his term of office, an Appellate, Circuit, Probate, or District Court Judge who has been elected or appointed to that office may file in the office of the Secretary of State a declaration of candidacy to succeed himself. The Secretary of State, not less than 63 days before the election, shall certify the Judge's candidacy to the proper election officials. The names of Judges seeking retention shall be submitted to the electors, separately and without party designation, on the sole question whether each Judge shall be retained in office for another term. The retention elections shall be conducted at general elections in the appropriate Judicial District for Appellate Judges, in the appropriate circuit for Circuit Judges and Probate Judges, and in the appropriate district for District Court Judges. The affirmative vote of three-fifths of the electors voting on the question shall elect the Judge to the office for a term commencing on the first Monday in December following his election.

In many Judicial Elections the incumbent judge faces no opposition and is automatically re-elected.  The judge should be held accountable to the electorate at each election and not be given a free ride for another term as is the case in many Michigan Judicial Elections.

Hey Michigan:  Arizona is way ahead of you folks in the administration of justice.  We have all of Justice Sandra Day O'Connor's recommendations in our legal system.